Interesting Facts About the Hospitality Industry 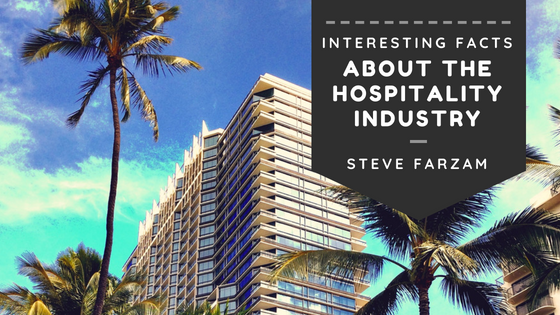 At some point in your life, you will most likely spend time in a hotel. As of 2015, 15.2 million people were employed in the hospitality industry, and an average of 62.2 percent of rooms are occupied at any given time. When you are traveling, a hotel stay can make or break your trip. If you’re traveling for vacation or tourism in general, your hotel experience is all about having fun, relaxing, and possibly spending time at the spa getting pampered. Even if you’re traveling for business purposes, having all of the amenities you require, and a little more can make your trip painless. Whether you work in the hospitality industry or a guest at one of the many hotels in the world, these are some interesting facts to connect with and shed some light on this integral industry.

Over 1,300 years old and recorded as the oldest hotel in the world in the Guinness Book of world records, Koshu Nishiyama Onsen Keiunkan holds the trophy. Located in Japan, this hotel has been owned by the same family for more than 50 generations.

Currently, the title for the world’s largest hotel belongs to First World Hotel in Malaysia. Hosting around 7,351 rooms, they cost on average between $12 to $83 per night. First World Hotel will not be the largest hotel in the world for long though. Set to open sometime in the next two years, Abraj Kudai Hotel in Saudi Arabia will hold over 10,000 rooms and contain 70 restaurants.

You can find the most expensive room service in Las Vegas. The average tab for room service is $68. New York City follows closely behind, with an average check of $67.

Many might expect this statistic to fall in New York City, New York, but this is incorrect. The city with the highest average room rate is in Geneva, Switzerland. An average night’s stay costs around $308!

Based on the previous fact, you might have already guessed that the most expensive hotel room is located in Geneva, Switzerland. The Royal Penthouse Suite at the Hotel President Wilson costs, on average, between $61,000 to $84,000 per night.

Tallest hotel in the world

The tallest hotel in the world is the JW Marriott Marquis Dubai located in, you guessed it, Dubai. It stands at a whopping 76 stories. Another fun fact about Dubai – 6 out of the ten tallest hotels are located here.

Holding 66 million gallons of water, the pool at San Alfonso del Mar Resort in Chile is easily the largest pool in the world (not just at hotels). It is 20 times the size of an Olympic swimming pool!